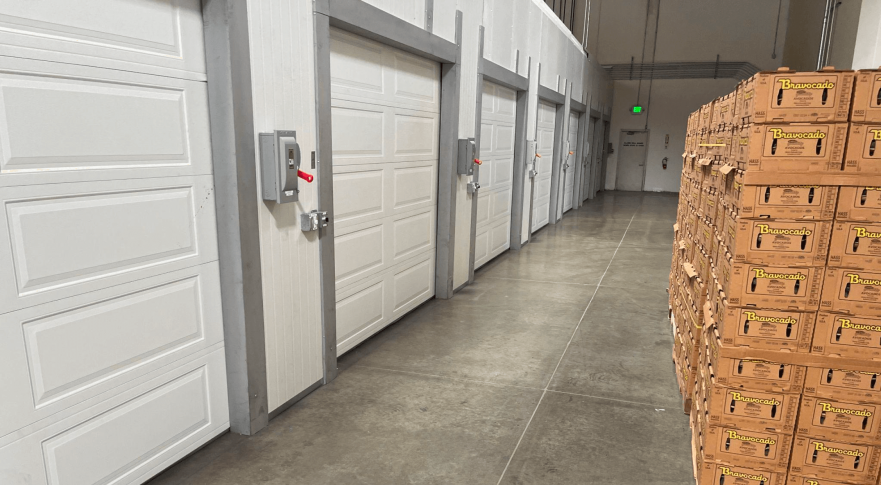 While this year’s entire California avocado crop is projected at 306 million lbs.- slightly higher than the state’s sub-300-million total last year – Henry Avocado greatly increased its capacity for ripening at its Milpitas distribution center in Northern California. The expansion increases the annual volume there to more than 2 million cartons.

According to Phil Henry, the year-round grower/distributor’s emphasis on quality and freshness prompted the additional capability, which is all part of the corporate 5-year growth plan. One of seven strategically located centers in California, Arizona, Texas and North Carolina, Henry’s enhanced Milpitas operation will keep it poised to meet the increasing needs of the populous Bay Area and beyond.

In addition to San Francisco, Oakland and San Jose, Milpitas distributes as far south as Monterey and Salinas; east to Modesto; and north to Sacramento. By having its own fleet of five refrigerated tractor trailers, and two smaller refrigerated delivery trucks, which are operated by Henry drivers, this important link in the supply chain is totally under company control.

Key to the bigger number in Milpitas is the increase in ripening rooms from 18 to 25 and cold storage capacity from 216 pallets to 300. Henry prefers the term “fresh chain” to “cold storage” as it reinforces the precise logistics the company has established to minimize the time from harvest to customer delivery.

“We’re in the ‘fresh’ business,” Humberto Arteaga, the center’s manager explains. “We promise ‘Always fresh, Always on time,’ so we expand our capability to provide consistent service as the market increases.”

The vigilance is present in every Henry center. Earlier this year, Andrew Flores joined the headquarters office in Escondido to serve as supply manager and market analyst. A graduate of California Polytechnic State University in San Luis Obispo, Flores brings extensive experience in production, sourcing, logistics and sales. He is the latest addition to a team chartered to anticipate and expand Centers as required.

Henry could equally claim the company is in the custom-ripening business. Currently 75% of its deliveries are in that state of readiness. Ripening to order, which Henry pioneered in 1983, requires a production regimentation centered around a total of 120 ripening rooms. In effect, Henry’s capacities and capabilities change regularly so its performance and commitments don’t.

The favorable impact of custom-ripening can’t be overstated. Henry’s commitment to the process assures its retail and foodservice buyers that they will receive the desired stage of product ripeness to meet individual needs from promotion to impulse buying and menu planning.

A one-page HASS AVOCADO CustomRipe Ordering Guide, a marketing fixture in the industry for almost two decades, is available from any of Henry’s marketing and sales offices listed on its website. The Guide has helped inform nearly a generation of avocado buyers about the five separate and distinct stages of ripening that are available from Henry’s distribution centers.

All of Henry’s distribution centers are Primus Labs certified and meet or exceed federal, state and industry Good Manufacturing Practices (GMP) guidelines. Two are located in Escondido, CA; two in San Antonio and Houston, TX; and one each in Phoenix, AZ, Charlotte, NC and Milpitas, CA. All seven also have Oxyion air purification systems to reduce bacteria, viruses and mold to keep the safest and sanitary environment possible.

Prior to the start of the California harvest, the California packing house in Escondido upgraded its Aweta Optical Sorter, which improves the speed and accuracy of grading, sizing and packing. During peak harvest from spring through early summer, when the California fruit is most abundant, the machine’s efficiency and capability mark its place as a quality contributor in the time-sensitive process.

A grower since its founding in 1925, Henry has been a year-round distributor since 1990. With the California season well underway and the quality and supply established, Phil Henry anticipates the kind of pricing balance that will accommodate whatever promotions Henry’s retail and foodservice customers will want throughout the season.